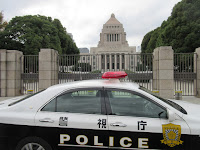 I made a trip to Tokyo two Saturdays ago. I went to see the Japanese Diet building and the Supreme Court building. The Japanese Diet building is where the Japanese lawmakers work. The Japanese call ti their "DIET". These two buildings are located in Chiyoda Ward, very near the Imperial Palace. I checked my maps. I found that the nearest station was Asakusa Mitsuke. I got on at Okegawa and changed to the Saikyo line at Omiya. This took me to Shinjuku where I transferred to the Marunouchi subway line. I avoided a big mistake by NOT getting off at Ikebukuro. I saw that the Marunouchi line starts there but it goes around to Tokyo before heading to AsakusaMitsume and then Shinjuku. Anyway, I finally arrived and started looking for the place. Of course I was immediately lost. I found some street maps and used them. There were hardly any people on the streets. But, I did see cops (police officers) at every corner. They looked so B-O-R-E-D! I reached my destination, the Diet bolding and then on to the court house. Pretty easy actually. Next I visited the Hotel NyuOtani which has a display of Bentleys and Rolls Royces. I checked them out but didn't buy any. Finally I took the METRO Nanboku line one stop and had lunch at Hotel Okura. Very good....and expensive. I was back home before dark. 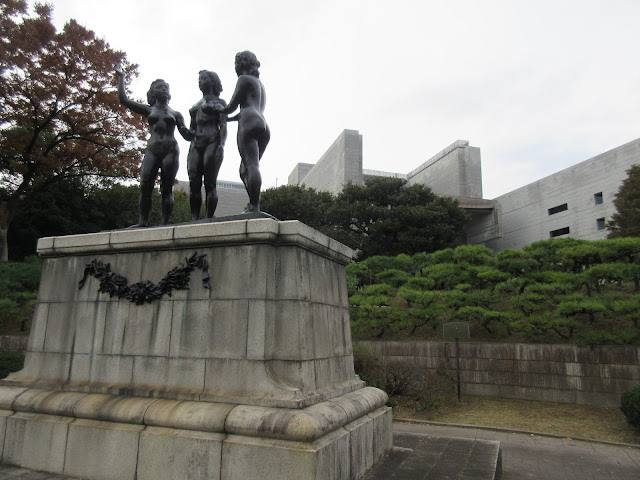 Posted by ramesrick at 8:01 AM