October, 2019 has finished. It was just yesterday actually. I had a good, busy month. It was difficult to lose any weight at all, but I didn't gain any either. The following is a list of things I did.
1. Bought a globe. It is 40cm and is on a stand. I reference it every day.
2. Had a three year memorial service for M's mother. Met two uncles, one sister, one brother-in-law, one niece, one cousin, and a great-grandson.
3. Went to Kumagaya to see a rugby match between Argentina and the USA.
4. Tried doing some rugby activities.
5. Experienced a deadly, terrible Typhoon.
6. Went to M's Big Band Jazz group recital in Omiya.
7. Tokyo Adventure: Walk from Shinjuku station to Tokyo station.
8. Visited Shijuku Gyouen.
9. Visited the Imperial Palace.
10. Watched the coronation of the new Emperor and his Empress on TV.
11. Read October's Reader's Digest and National Geographic magazines.
12. Read Shakespeare's Othello and saw the play on YouTube.
13. Read Shakespeare's The Merry Wives's of Windsor and saw the play on YouTube.
14. Read Shakespeare's Hamlet and saw the play on YouTube.
15. Went drinking with buddy one Saturday night.
16. Did Halloween Party dressed as a witch at a kindergarten.
17. Went to the gym 13 times. 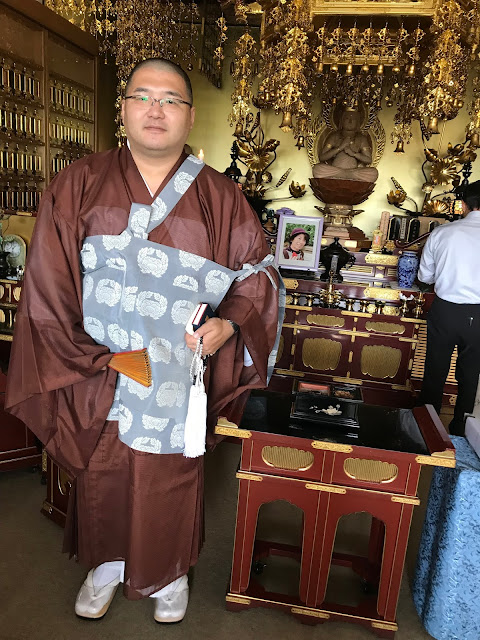